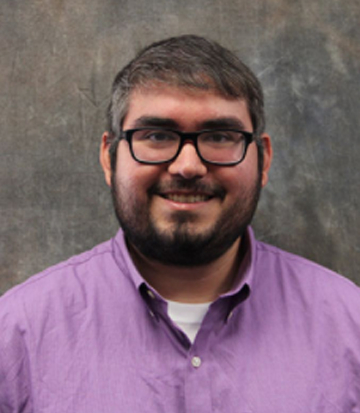 Before joining St. Mary’s University in 2017, Garza covered county politics for the Brownsville Herald. Garza first started at the Herald as the higher education reporter, reporting on the various aspects of the University of Texas Rio Grande Valley merger in 2015. He transitioned to the county beat a few months later to follow the development of Cameron County policy and projects. In addition to the county beat, Garza was also a general assignments reporter and occasionally covered crime and feature stories.

Garza has worked for a publication since he graduated high school. He started with an internship at his hometown newspaper, the Mercedes Enterprise, before honing his skills as a student journalist for four years at Texas A&M University-Kingsville.

Garza’s work has been featured in the Associated Press and the Corpus Christi Caller Times.

Garza assists with communications and marketing efforts for the School of Law. He also writes for the University’s Gold & Blue Magazine.

Launched a weekly podcast with the Brownsville Herald in 2017.