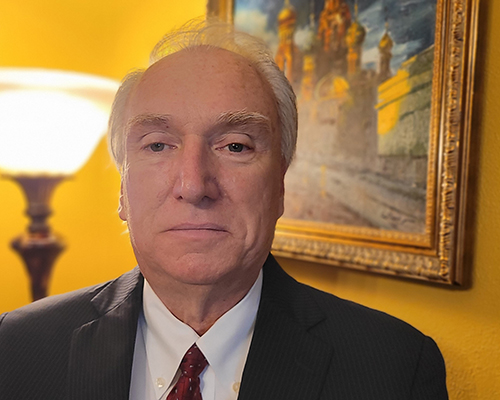 Following graduation from the St. Mary’s University School of Law, Joseph Gay served as a law clerk to the Honorable J. Bonner Dorsey, Justice of the Texas Thirteenth Court of Appeals. He then joined the Appellate Section for the United States Attorney’s Office for the Western District of Texas as an Assistant U.S. Attorney and served from June 1991 until August 1998.

Currently, Gay is a supervisory Assistant U.S. Attorney, Chief of the Criminal Appellate Section, for the United States Attorney’s Office for the Western District of Texas.  During his tenure, he has authored hundreds of appellate briefs and has argued more than 100 times before the United States Court of Appeals for the Fifth Circuit.

In 2000, Gay joined St. Mary’s Law as an adjunct professor of Legal Research and Writing where he taught for 18 years.  He is currently an adjunct professor teaching Torts in the Master of Jurisprudence Program.  He has also taught, at the undergraduate level, courses in Criminal Law, Criminal Procedure, and Organized Crime.  Gay is a frequent instructor and presenter at the Office of Legal Education, Executive Office for United States Attorney, National Advocacy Center, Columbia, South Carolina and Continuing Education seminars for the San Antonio Bar Association and the Bar Association of the Fifth Federal Circuit.