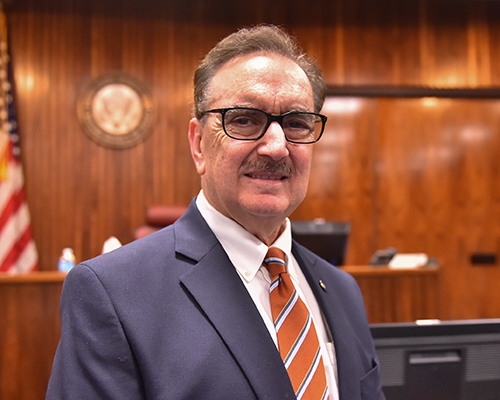 Prior to assuming the bench, Judge Ezra was in private practice in Honolulu, Hawaii from 1972 to 1988, becoming a partner in the law firm of Anthony, Hoddick, Reinwald, and O’Connor in 1980. He became the Managing Partner of the law firm of Ezra, O’Connor, Moon and Tam in 1981.

Judge Ezra was appointed to the United States District Court for the District of Hawaii in 1988, becoming the youngest federal judge in Hawaii history, and was the longest-serving active federal judge in Hawaii’s history. Judge Ezra took Senior Judicial status in 2012. He has handled complex litigation matters in Hawaii, and by designation of the Chief Judge of the Ninth Circuit and the Chief Justice of the U.S. Supreme Court, in many districts throughout the country. Judge Ezra is currently serving by designation on the United States District Court for the Western District of Texas, San Antonio Division. He carries a full caseload, hearing cases both in the San Antonio and Austin Divisions of the Western District of Texas.