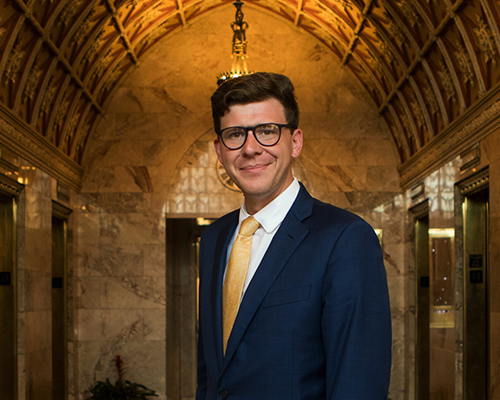 An Amarillo Native, 4th generation attorney and 7th generation Texan, John Torrey Hunter graduated from the University of Texas in 2008 with a BA in Philosophy. After a stint working in Colorado, in 2009 he enrolled at the St. Mary’s University School of Law , with graduation and admission to the Texas Bar in 2012.

During Law School, he clerked for the firm of Goldstein, Goldstein and Hilley and in 2016, after 4 years as a sole practitioner, he became the senior associate at the firm. In 2019, he co-founded the law firm of Hunter, Lane & Jampala PLLC, where his focus remains on criminal trial litigation, criminal appeals and post-conviction writs of habeas corpus. His cases have included capital murder, bribery, money laundering, sexual assault, federal drug conspiracies, state and federal writs of habeas corpus, and criminal appellate matters.

In addition to arguing before the many state appellate courts, he has argued before Federal Courts for the Western and Northern District of Texas and the United States Court of Appeals for the Fifth Circuit in New Orleans, LA, and has prepared appellate briefs for the Supreme Court of the United States.

John is a board member of the Texas Criminal Defense Lawyers Association and the incoming president of the San Antonio Criminal Defense Lawyers Association. He is a contributing author for the LexisNexis Texas Criminal Practice Guide and has lectured at CLE events for SACDLA, TCDLA, and the Matagorda County Public Defender’s Office. His speeches have covered topics such as the “Law of Charging Instruments in Texas” and “Defending Federal Firearms Offenses.”

He is licensed to practice in the State of Texas, the Supreme Court of the United States, the U.S. Court of Appeals for the Fifth Circuit and the United States District Court for the Western, Southern, Eastern, and Northern Districts of Texas.