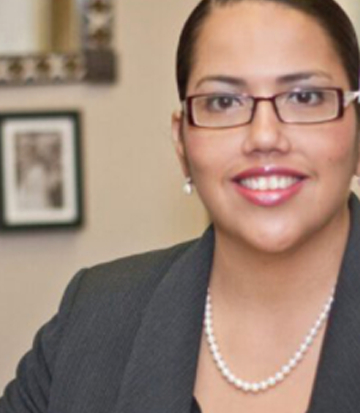 In 2004, she took a staff attorney position in the Southwest Regional Office of the Mexican American Legal Defense and Educational Fund (MALDEF). She served as an immigrants’ rights attorney handling litigation and legislative matters for nine states.

While at MALDEF, Pérez participated in several lawsuits defending immigrant rights around the country.

Notably, she represented plaintiffs in the lawsuit Vicente v. Barnett, an action on behalf of 16 individuals to recover damages for injuries inflicted upon them by vigilante ranchers along the Arizona-Mexico Border. In February 2009, a civil jury found in favor of the women plaintiffs and awarded damages on their claims of assault and intentional infliction of emotional distress.

Pérez also represented plaintiffs in a series of successful lawsuits brought forth to challenge actions of the City of Farmers Branch, the first Texas town to adopt an anti-immigrant law.

In 2010, Pérez returned to De Mott, McChesney, Curtright & Armendáriz, L.L.P. where she is a partner and handles a wide range of immigration cases for the firm. Pérez is Board Certified in immigration and nationality law by the Texas Board of Legal Specialization (TBLS).