In 1852, four Brothers of the Society of Mary founded St. Mary’s Institute, the first institution of higher education in San Antonio. St. Mary’s is the first Catholic college and only the fourth college in Texas. It quickly developed a reputation for hard work and successful learning in a community of faith and openness.

Eighty years later, St. Mary’s approached leaders of the San Antonio Bar, which in 1927 had founded the San Antonio School of Law, a part-time school that met at night in the courthouse. St. Mary’s offered to make it a university law school, with a stronger curriculum and a full-time faculty. In 1934, the law school acquired its name, its Catholic and Marianist mission, and its commitment to excellence in preparing lawyers to national standards of skill, knowledge, and professionalism. 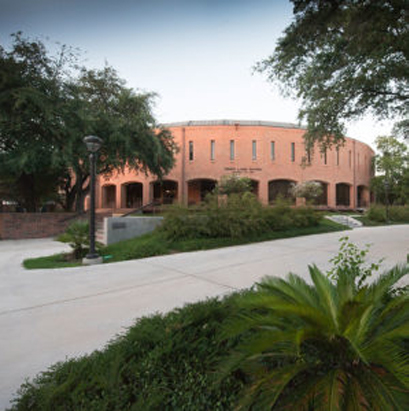 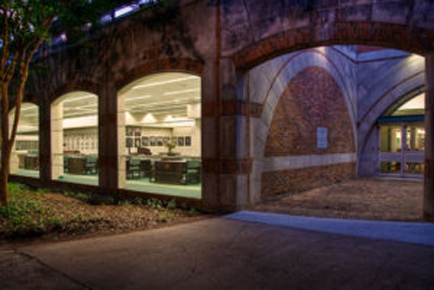 The law school convened at 112 College Street, in the stone building the Brothers had built and opened in 1853. From the beginning, the school kept costs low with help from its friends, especially leaders of the bar. Its library was built from lawyers’ donations, with tables made from attic timbers. Lawyers bought the law school its first air conditioners. though they gave just enough to cool the library, not the classrooms. St. Mary’s teachers sacrificed as needed to keep the doors open.

The first class – 31 women and men – met only at night. The day division opened briefly in 1940, becoming a fixture in 1948 with St. Mary’s accreditation by the American Bar Association. A very small faculty and student body (including Henry B. Gonzalez, LL.B.’43) saw the school through the war.

The big change came in 1967, when the school moved, by then with 400 students, to St. Mary’s main campus. Then at the edge of town, three buildings rose around a law plaza, funded by graduates and local lawyers with a help from the U.S. government. The new Law Center was dedicated at Red Mass in 1968 with a blessing by the Auxiliary Archbishop and a dinner speech by Governor John Connally. 1968 also saw the first issue of the St. Mary’s Law Journal, its lead article on habeas corpus by then-Justice Joe Greenhill and Marty Beirne, who graduated in 1969.

The law school has enhanced its teaching and service with gifts and determination. Its beautiful library was funded by the Sarita Kenedy East Foundation in 1982. International programs began in Innsbruck in 1986 (still running) and in Beijing in 2011 (not currently offered). The clinical programs expanded in 1990 under the direction of Mary Anne Crosby (J.D. ’65) making its home in the Center for Legal and Social Justice in 1996.

For 90 years, St. Mary’s has attracted brilliant scholars to teach students who grew to lead in their communities, the state and the nation. Several hold chairs that underwrite portions of their work, each given by friends and graduates. The most recent of these is a professorship honoring Dean Emeritus Charles E. Cantú (J.D. ’64).