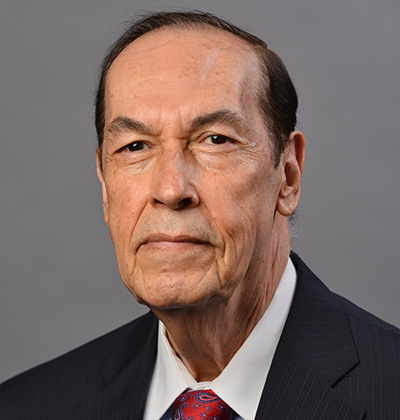 A native of Guadalajara, Mexico, Rosas was a lawyer, educator, businessman and engineer, before joining St. Mary’s. He has been a Visiting Professor at the St. Mary’s University School of Law since 1994, Instructor of Law since 2000 and Research Professor of Law since 2016. He teaches courses in Comparative Law: Mexico and the United States, Legal Spanish & the Mexican Legal System and Current Legal Aspects of Doing Business with Mexico. Rosas taught law at the Universidad de Guadalajara School of Law as a Tenure Track Professor.

Rosas worked for various law firms in Guadalajara and later, he established a solo practice. He has worked as a consultant to the Mexican government on public administration projects, the CEO of a business consulting firm, a business manager, an industrial engineer and a canon lawyer.

He has lectured in the United States, Spain and Mexico, and is the author of numerous law review articles over the law of these countries that have been published in countries of the Americas, Europe, Asia, Africa and Oceania.

He received the 2013 Distinguished Faculty Award from the St. Mary’s University Alumni Association.

Rosas received the 1995 Presidential Award of the State Bar of Texas. He has organized a number of courses and unique international events with the Bar.

He was elected director of the Commission on Legal Affairs for the Advisory Council of the Institute of Mexicans Living Abroad in 2013, where his main role was advising the President of Mexico in the design and formulation of the public policies concerning the Mexican communities in the United States and Canada.

In February 2014, at the headquarters of the National Human Rights Commission in Mexico City, Rosas was elected president of the Centro de los Mexicanos en la Globalización (Center for Mexicans in the Globalization).

He initiated the plan and served as Chairperson to host “The Centennial of the Constitution of Mexico Celebratory Conference” at St. Mary´s in 2017.

Organizer of the Binational Conversation on Mexican Women´s Perspectives in St. Mary´s University in 2016.