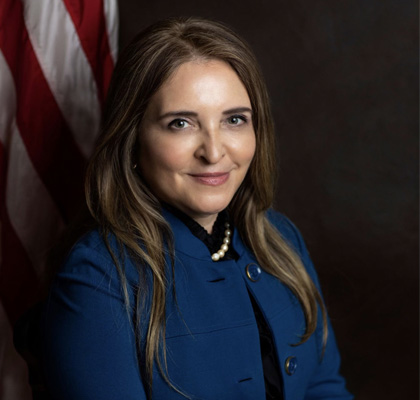 Despite presiding over once of the busiest dockets in the country, Garcia Marmolejo devotes significant time to promoting the legal profession at home and abroad. From 2014 to 2019, she co-directed the Hispanic National Bar Association’s moot court competition. She regularly teaches seminars and workshops on U.S. law in Argentina, Chile, Colombia, the Dominican Republic, Mexico, Paraguay and Spain. In 2022, she founded St. Mary’s clerkship mentorship program. In 2023, she will teach an advanced legal writing seminar at St. Mary’s.