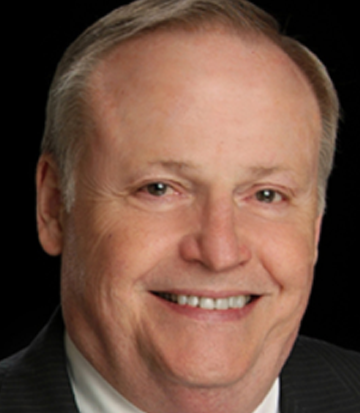 Anderson focuses his practice predominantly in the area of medical malpractice litigation. He is a diplomate with the American Board of Trial Advocates (ABOTA), having tried over a hundred cases to verdict in virtually every part of Texas. Since 2003, he has served as an adjunct professor of law at the St. Mary’s University School of Law, teaching medical malpractice litigation.

Over the last 30 years, he has practiced primarily in Central and South Texas and has tried a number of dangerous medical malpractice cases in Laredo, winning almost all of them. He has also had the unique experience of receiving two unanimous defense verdicts in the same week. In 2019, he joined his dear friends at PGM where he continues to represent healthcare providers and commercial businesses.

After completing his undergraduate degree in political science at the University of Missouri, at Columbia, and a brief stint in the United States Navy, he earned his J.D. from the University of Missouri, Columbia School of Law. He served on the school’s law review and was awarded the American Jurisprudence Prize in Constitutional Law, the Judge Roy W. Harper Price for Best Work in Federal Courts and the Russell Castile Scholarship.

When his wife Cheryl completed her Ph.D. and was offered a position at the University of Texas in Austin, he moved his practice to support her career. She reciprocated in 1990 when he was offered a position in San Antonio to work alongside George Brin. Cheryl then joined Incarnate Word University where she served as a Professor and as Dean of the School of Media and Design and the IWU Library. They both fell in love with Texas and have thoroughly enjoyed their time here.

Anderson was admitted to the Texas State Bar in 1980, and was also admitted to practice before the U.S. District Court, Western District of Texas and the United States Court of Appeals for the Fifth Circuit.