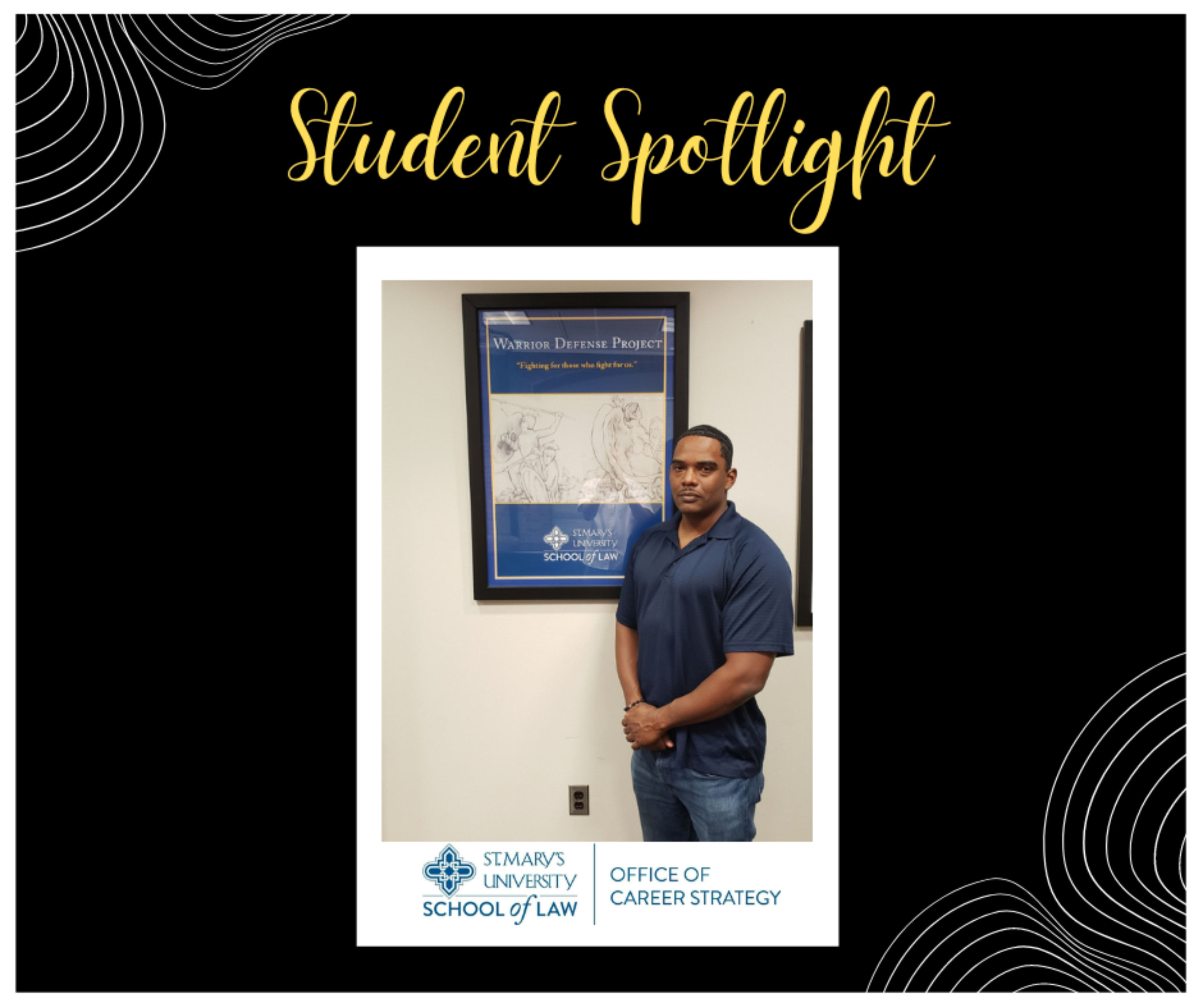 How did you get your job?

I met Professor Addicott randomly in the parking lot, and we began to conversate. It was revealed that I was a veteran and my purpose for attending law school was to learn to help veterans. This led to me being informed about the Warrior Defense Project (WDP). I went to the WDP office and continued to meet with Professor Addicott and other student research fellows several times as I completed my 1L year expressing my goal to help veterans. Eventually, before finals of the second semester of my 1L year, I was offered a position as a research fellow at the WDP and accepted.

What was the most surprising thing you learned at your job?

The most surprising thing I learned is how deeply veteran representation is needed.  Not only for the purpose of attaining post-service benefits but also to ensure the fair administration of law and policy for those actively serving. Often the same people who have volunteered to ensure our rights are protected find themselves needing someone to step in and protect theirs.

The opportunity to help those who have voluntarily chosen to sacrifice much of their lives to protect us.

How do you think this experience has helped you in your career path?

It is helping me to learn exactly how to do what I set out to do with my legal education. It has been an immense blessing that the WDP happened to be at St. Mary’s University.

What is the most valuable thing you’ve learned at this job?

I learned how to find the answers to questions clients may have.  Often these veteran clients will approach simply feeling they have been wronged.  Working with the WDP has helped me to learn where I can look and find the answers to their problems and a way forward.