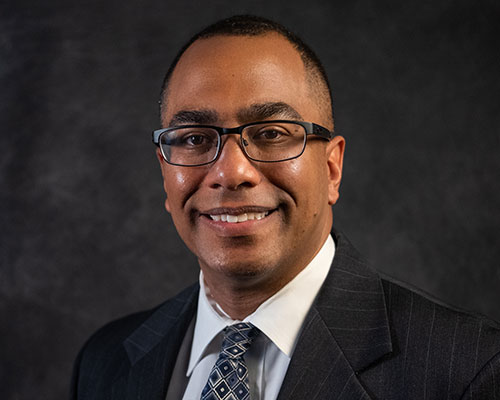 He has presented on professionalism and ethics multiple times locally, statewide and nationally, including at the American Bar Association’s Annual Meeting and the ABA’s Annual National Conference on Professional Responsibility. He has also been quoted in the ABA Journal on the topic of civility. He practiced law in California and Texas for three large law firms – Jones Day, DLA Piper, and King & Spalding – for nearly a decade before joining the legal academy in 2011.

He represented clients in a wide variety of complex commercial litigation matters, including contract, tort and product liability cases. He dedicated a significant part of his practice to pro bono work, which included protecting the rights of, among others, domestic violence victims, the developmentally disabled and First Amendment litigants.

His scholarship focuses on professional responsibility, sports law, legal pedagogy, and the practice of law. He has published or forthcoming articles in the Harvard Journal of Sports & Entertainment Law, the Georgetown Journal of Legal Ethics, Pepperdine Law Review, Brooklyn Law Review, Oregon Law Review, the Berkeley Journal of Entertainment & Sports Law, and the University of North Carolina School of Law’s First Amendment Law Review, among others.

Grenardo has been quoted in multiple articles on the issue of compensation for college athletes, including by the New York Times, and he has spoken on the radio multiple times on this same topic, including an appearance on Knowledge@Wharton Business Radio on Sirius XM. His op-eds on sports (as they relate to business and society) have appeared in, among other publications, Fortune Magazine (solicited), AP News, Yahoo! Finance, Houston Chronicle, and the San Antonio Express-News.

St. Mary’s University School of Law’s Phi Delta Phi chapter (which consists of students in the top 20 percent of their class) honored Grenardo as the Faculty Member of the Year in 2017, and he was also selected as the Professor of the Year by the Student Bar Association at St. Mary’s Law School in 2014. He earned his B.A. from Rice University where he played football and was a four-year letterman. He earned his J.D. from Duke University School of Law.

Selected Articles in a Periodical